Rise Above is more than a motto. It’s our purpose.

Established on June 5th, 2018, Ascension was launched by Gamers Trust, Inc. as a project by James Perrin to help bring the Gamers Trust mission into Rocket League. Ascension earned their first appearance on The League Esports, a safe, family friendly environment for amateur and professional gamers alike. They continue to compete in The League Esports and the RLCS/RLRS.

Ascension is a two-time runner up in The League Esports, and a one-time third place finisher. 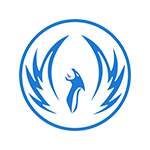 “I started Ascension to fulfill GT’s mission as well as further my Rocket League Career.” -JP

James “JP” Perrin founded Ascension in 2018 with these goals in mind; Continue the Gamers Trust legacy, and make it to the big stage. “To me, Rocket League is more than a game. It’s an escape. It’s a commitment.” JP said when asked about what Rocket League means to him. “I’ve been blessed to have an amazing support group in my family and friends that have supported me and my mission.” JP reminisces on the days he met his soon-to-be teammates. “I started playing Rocket League with Zaxfy in late 2019. Immediately, I knew his positive outlook and ‘whatever it takes’ attitude were perfect for the team. I met Zeahh over three years ago, and was ecstatic to hear that he was coming back to Rocket League. To me, it was a no brainer to bring him back to Ascension.”

JP was asked about dealing with the toxicity of competitive gaming. “Honestly, it gets me fired up,” JP explained, “I love going back to watch the series that we finished playing and watching all the negative comments we get in chat, because we know that we’re doing something right when they’re desperately rooting against us.” Being in TLE for almost three years, JP and Ascension have seen their fair share of hate. “Sometimes it’s like, ‘yeah JP’s washed,’ or ‘JP should just stop playing’, but at the end of the day, I’m still here, with the same team, chasing after a championship.” JP then took time to explain that toxicity is exactly what Ascension was made for. “It’s difficult being positive all of the time. It’s hard to tell someone ‘gg’ after they dogged on you for a whole match. But, Gamers Trust was made for this. When people tell me that we’re good people, that we’re nice players, and they feel safe around us, it makes all of the hate worth it. I’m proud of what we’re building here.“

Being 17 years of age, JP is the youngest member of Ascension.

“It’s a good opportunity to push my eSports career to a new level with people I could call my friends and eventually my family.” -Zaxfy

Zachary “Zaxfy” Ramsdell joined Ascension in December of 2019. His presence was felt immediately, with his constant positive attitude and his determination to win. “My main goal is to bring a smile to a ton of faces and provide entertainment even on the darkest of peoples days.”

Zaxfy was The League Esports’s MVP of the 2020 Fall season, ranking number 1 among the 38 players in the Octane divison, the highest divison at TLE. He had a Power Ranking of 227.79, miles ahead of the second place player, who sat at 179.69. “To me, it’s the trust and the brotherhood I have with these guys that matters the most.” Zaxfy goes into detail about his experience with Ascension in a high-pressure setting. “There was a play in overtime once when JP bailed me out while I was in net,” Zaxfy continued, I wasn’t afraid. I knew I was in trouble and I believed in the team. That felt great.”

At 20 year old, Zach is enlisted in the United States Air Force, stationed in Texas.

Alex “Zeahh” Tiell joined Ascension in December of 2018, Helping JP get Ascension to the first ever TLE Finals. “We made it all the way, and even though we lost, it was a great moment for our team.” Zeahh said, reminiscing about the first TLE finals. “I had to sell my computer at one point and really gave up on gaming altogether.” Zeahh took a break from gaming, and eventually had to sell his gaming set up. “Once I got back, I knew I wanted to play competitively again, but I didn’t know where to start. I ended up rebuilding relations with JP, so we’re giving it another shot.”

“We’re back and it feels great,” Alex said, feeling good to be back in TLE. “It actually feels like fun. And even if we lose, we know what went wrong and we’re able to bounce back.”

Alex rejoined Ascension in January of 2021. He is 18 years old from Ohio.

“The overall attitude of Ascension is what I love about being here.” -Badger

Alex “Badger” Nelson is Ascension’s amazing coach. Coming from SOL eSports, Badger has a rather extensive resumé when it comes to Rocket League, and eSports in general. Joining Ascension in June of 2019, Badger was recruited by JP to come help coach and manage the team.

“I knew I needed someone with experience and wisdom, but I also needed someone who could fit right in with the culture of Ascension. Alex was that person.” JP said, recalling his acquisition conversation with Badger. “I remember calling him and being so excited that he had agreed to join the team. Without a doubt, Badger is family to me and to us now, and he’s what helps Ascension’s wheels turn. Without him, I would never be half the player I am now, and Ascension wouldn’t be as confident as we are.”

There’s no doubt that Badger’s presence on the team is felt greatly, even if he’s not a representative on the field.